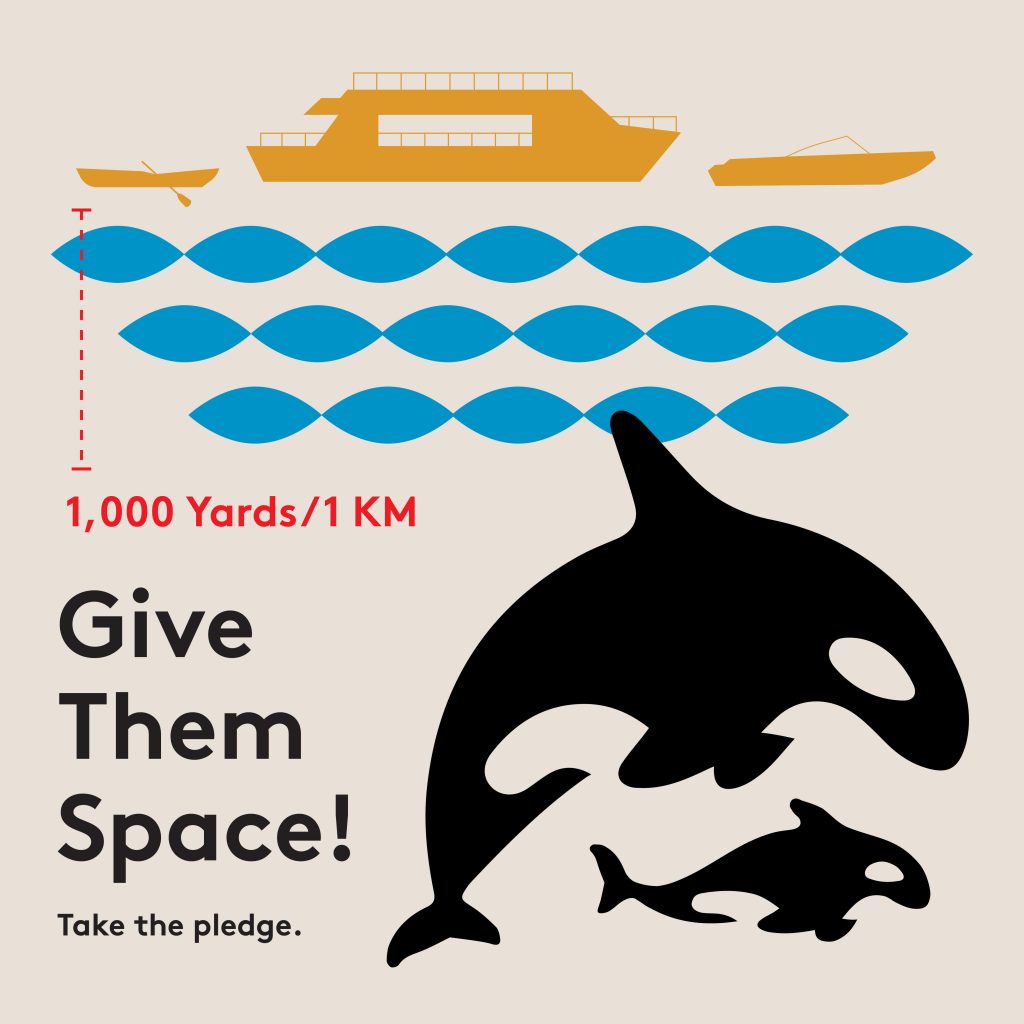 Today, with other conservation groups and environmental leaders, we sent a letter to whale-watch operators and recreational boaters in the Salish Sea, asking them to stop watching southern residents in U.S. waters, effective immediately. With three pregnant females in the population—one in each pod, including Tahlequah—the orcas need maximum space and protection throughout the Salish Sea to forage and rear their young. We will promote and publicize any company or boater who takes the pledge. You can help! Take the pledge as a commercial operator, recreational boater, or individual and share this story.

Reducing noise and disturbance is not the only thing we can or should do—we need to bring back salmon and reduce toxins throughout the orcas’ range. But it’s the one thing we can do right now that will help—a lot—by making it easier for them to forage, and rest, and socialize.

The southern resident orcas  have lived here for tens of thousands of years. In one human generation, beginning with the live captures in the 60s, we have brought J, K and L pods to the edge of extinction. Help us turn the Salish Sea into a place that can sustain them again. Let us be the ones to turn this around. Take the pledge, and tell your friends!