Sea otters are the only marine member of the mustelid family, which includes land mammals such as river otters.

Once hunted to extinction for their soft, dense fur, sea otters have made a comeback on the west coast. Thriving populations live in coastal kelp beds off the central coast of California and in Washington, British Columbia, and Alaska.

Often mistaken for their much larger sea-going cousins, river otters are relatively common near ponds, lakes, rivers, sloughs, estuaries, bays, and in open waters along the coast. River otters are equally at home on land and in water. They feed on fish and shellfish, and live in dens on shore. 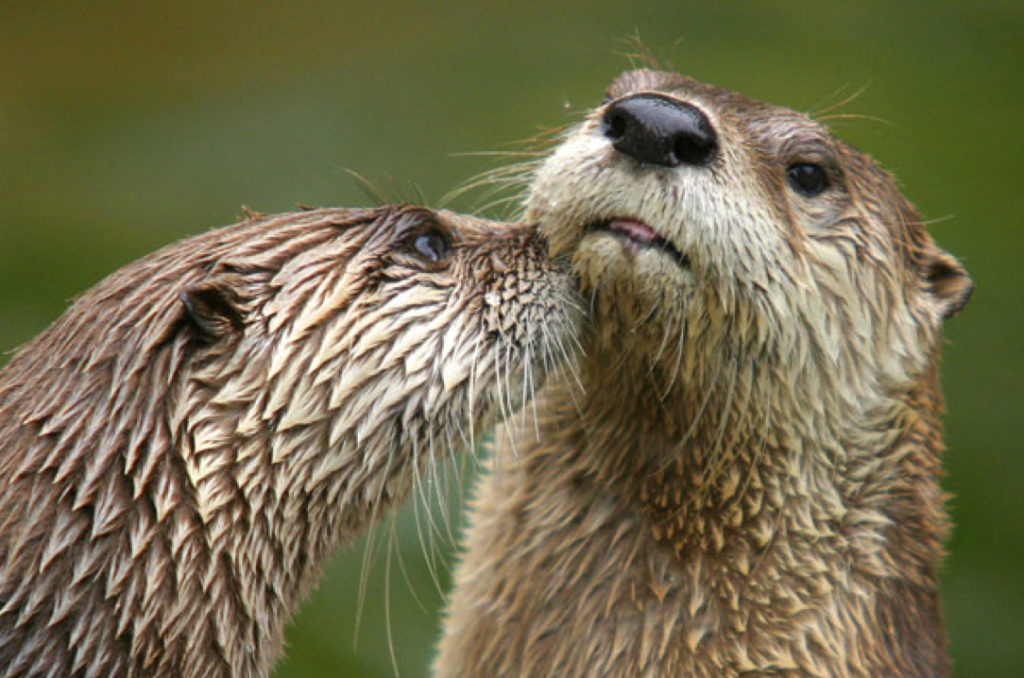 River otters are related to badgers, weasels and skunks. They are not considered marine mammals and are adapted to living on land and water. They are nimble runners, and their streamlined bodies, long pointed tails and webbed toes make them fast swimmers as well.
Read More 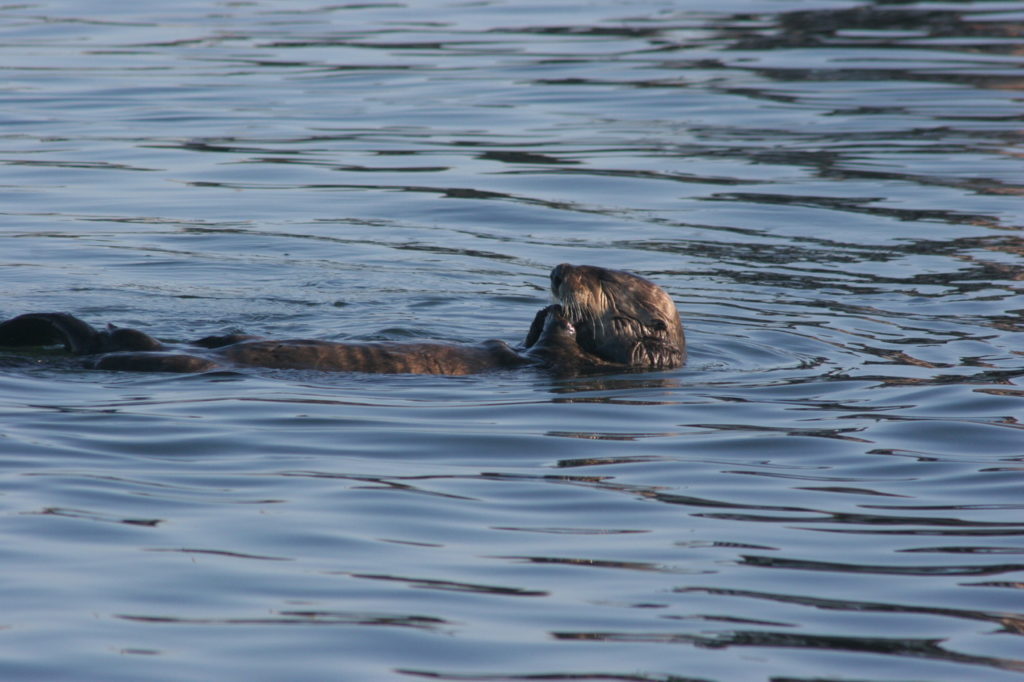 Sea otters are the largest member of the weasel family, and the smallest marine mammal. They have paw-like front limbs with “pockets” that help them hold food while foraging, and they sometimes use rock “tools” to crush shelled prey.
Read More