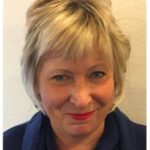 Donna Sandstrom is the Founder and Executive Director of The Whale Trail. Donna founded The Whale Trail in 2008 to build awareness of the endangered southern resident orcas throughout their range. From 16 inaugural sites in Washington there are now more than 100, spanning the west coast from California to British Columbia. Donna recently served as a member of Governor Jay Inslee’s Task Force on SRKW Recovery.

Prior to founding The Whale Trail, Donna had a 14-year career as a project and team manager at Adobe Systems. In 2002 she was a citizen participant in the successful effort to return an orphaned orca, Springer, to her pod and native waters. She is the author of a middle grade non-fiction book about Springer, scheduled for publication by Kids Can Press in Spring 2021. She also co-authored a teaching curriculum based on Springer’s story for NOAA Fisheries.

Donna grew up in California, where her love for the sea and all its creatures took early hold. She attended UC Santa Cruz 1974 to 1979 where she studied psychobiology. She lives in West Seattle.

WHALE TRAIL BOARD OF DIRECTORS