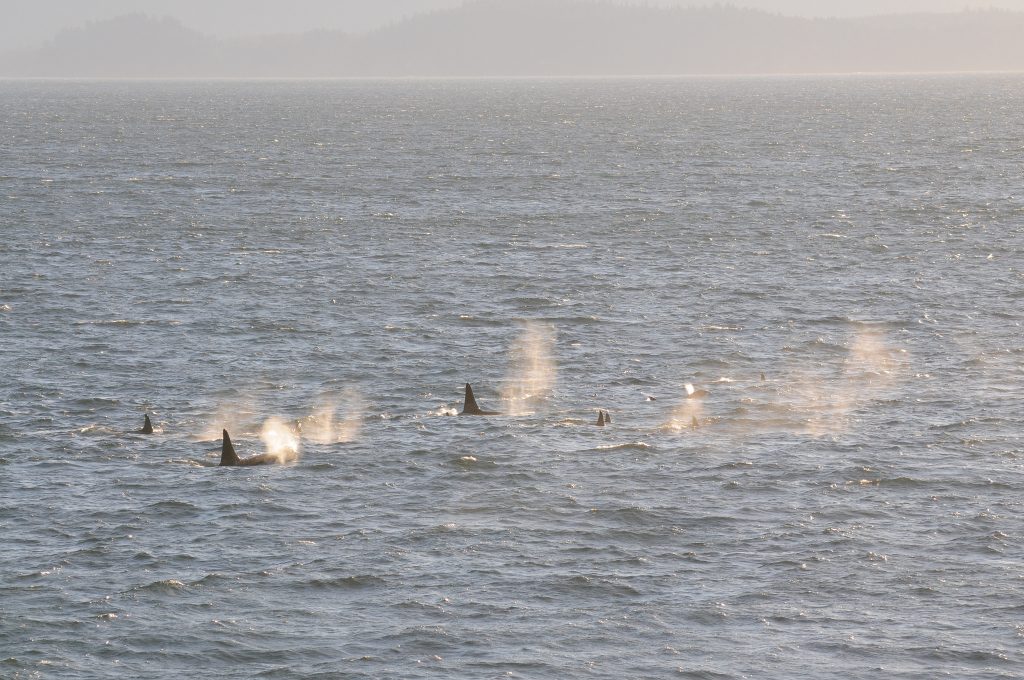 With just 76 individuals in the population, the southern resident killer whales could go extinct in a few as 100 years. The threats that have brought J, K and L pods to the edge of extinction are all human-caused: lack of prey (Chinook salmon, especially), toxin accumulations, noise and disturbance from vessels, and the risk of oil spills. Recovery will require action on all these threats.

The Executive Order establishes a Task Force to recommend actions to reduce the threats to the orcas. The Task Force will be co-chaired by Thomas “Les” Purce, former president of The Evergreen State College, and Stephanie Solien, vice president of the Puget Sound Partnership’s Leadership Council. The Task Force will meet in April, and the first report is due November 1st. (Read Gov. Inslee’s blog post here)

In addition to funding the task force, the  Washington Legislature this year approved  $548,000 for more enforcement of rules for vessels that travel near orcas and $837,000 for hatchery operations that boost the stock of Chinook salmon and other key prey species 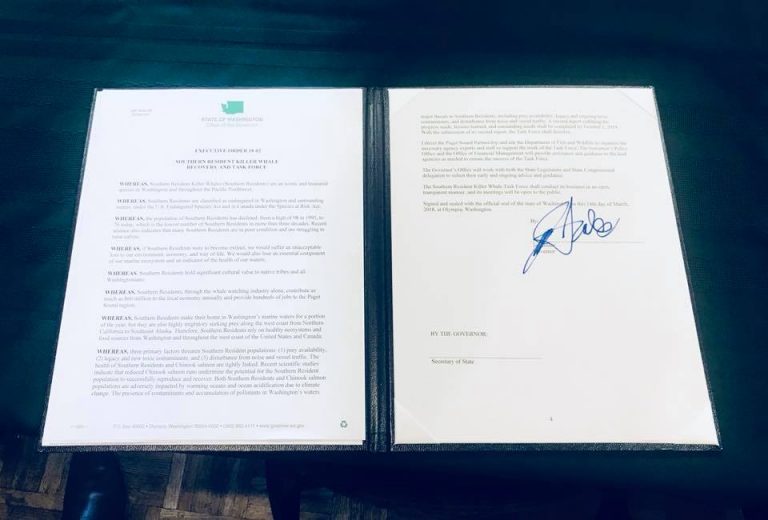 We attended the signing of the Executive Order at the Daybreak Star Center, along with many other NGOs, government and tribal leaders. We were heartened by the energy in the room and the shared resolve to recover the whales.

The question now is not what to do, but whether we will find the courage and political will to act on what we know. With so much at stake, will we move fast enough to give the orcas time to recover?

Twice before our state has acted boldly and decisively to protect orcas.

I was a citizen stakeholder on the Springer project. To get Springer home, we had to learn how to work together. Above all, we put the whales’ best interest first.

Springer’s success shows the way forward for the southern residents. That path starts with rejecting the status quo and giving these whales a fighting chance to make it.

The Governor’s Executive Order is a welcome first step in the right direction. Now the work begins.