Vary depending on the season. Please check the website.

Fort Rodd Hill and Fisgard Lighthouse National Historic Sites are located on the traditional territories of the Lekwungen-speaking peoples, today known as the Esquimalt and Songhees Nations, whose historical relationships with the land continue to this day. We extend our appreciation for the opportunity to live and learn on this territory.

Fort Rodd Hill was an active coastal artillery fortification from 1895 to 1956. The fort is strategically located at the entrance of Esquimalt Harbour, overlooking the Strait of Juan de Fuca.

Today, both places greet visitors as national historic sites. At the fort you can tour secret bunkers, military command posts and original 19th century buildings. Inside the restored lighthouse, you’ll experience what life was like for lighthouse keepers and their families.

Bring your binoculars because the whales travel mostly through the Strait of Juan de Fuca at a distance from shore. Look for far-off spouts or dorsal fins.

For almost 100 years, few Humpbacks were seen in the area because whalers had wiped them out. Now, in the spring and summer, you might spy a mother Humpback with her calf.

If you’re lucky, you could spot Southern Resident Killer Whales or Bigg’s (Transient) Killer Whales. Although they are found in the Strait of Juan de Fuca any time of year, they are occasionally seen in the summer at the mouth of the Esquimalt Harbour.

Grey Whales in this area migrate from wintering grounds in Mexico to summer feeding grounds in Alaska and Japan. They occasionally visit the Strait of Juan de Fuca on their long journey in the spring and autumn. A few spend their entire summer along the southern coast of British Columbia.

You’ll see Harbour Seals and River Otters year-round. From time to time, a noisy group of Steller Sea Lions rafts up and floats by the lighthouse. 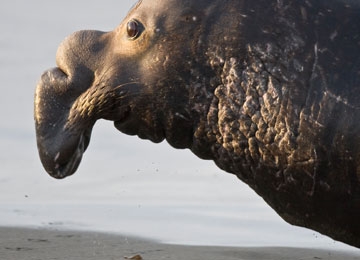 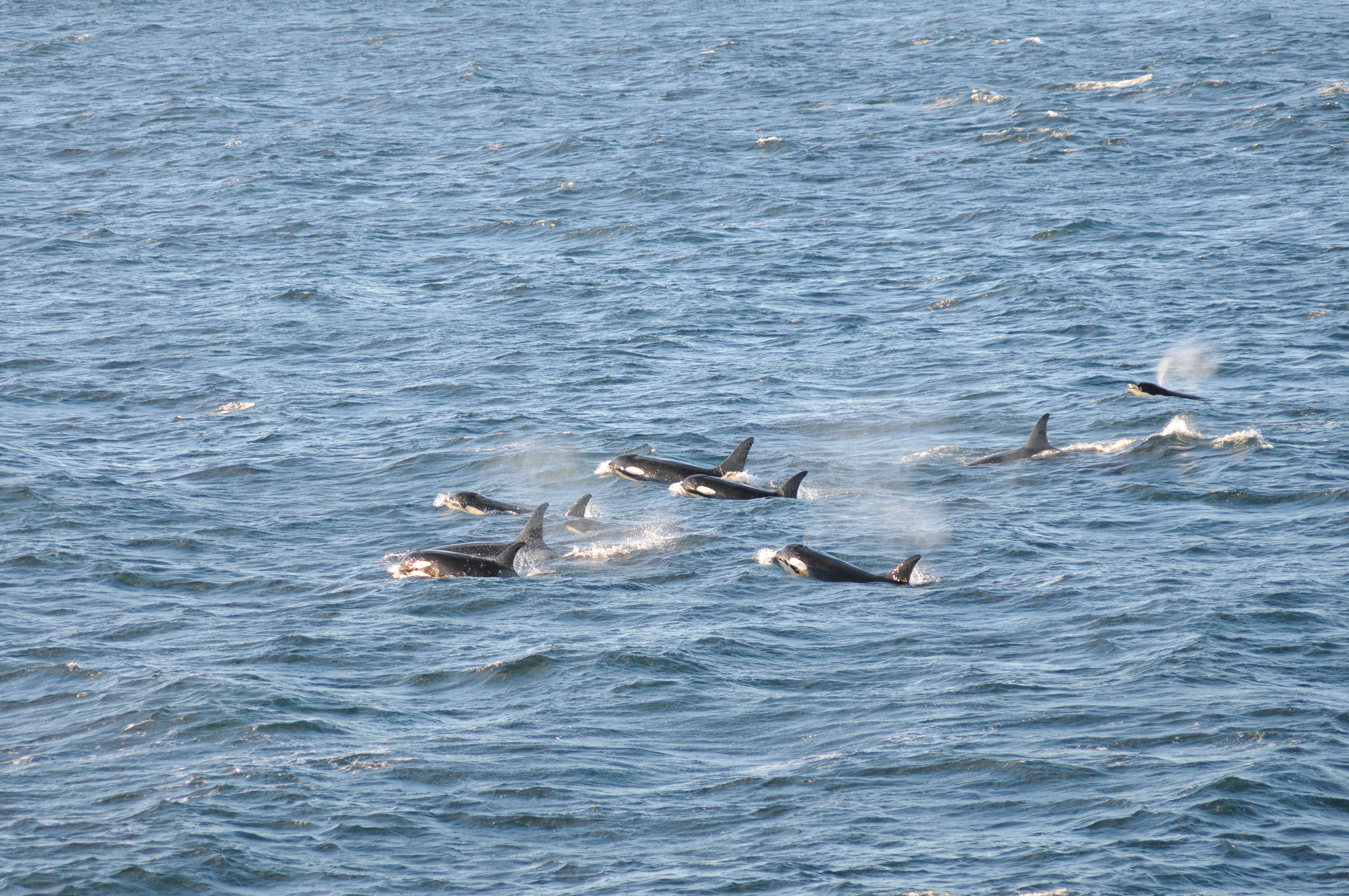 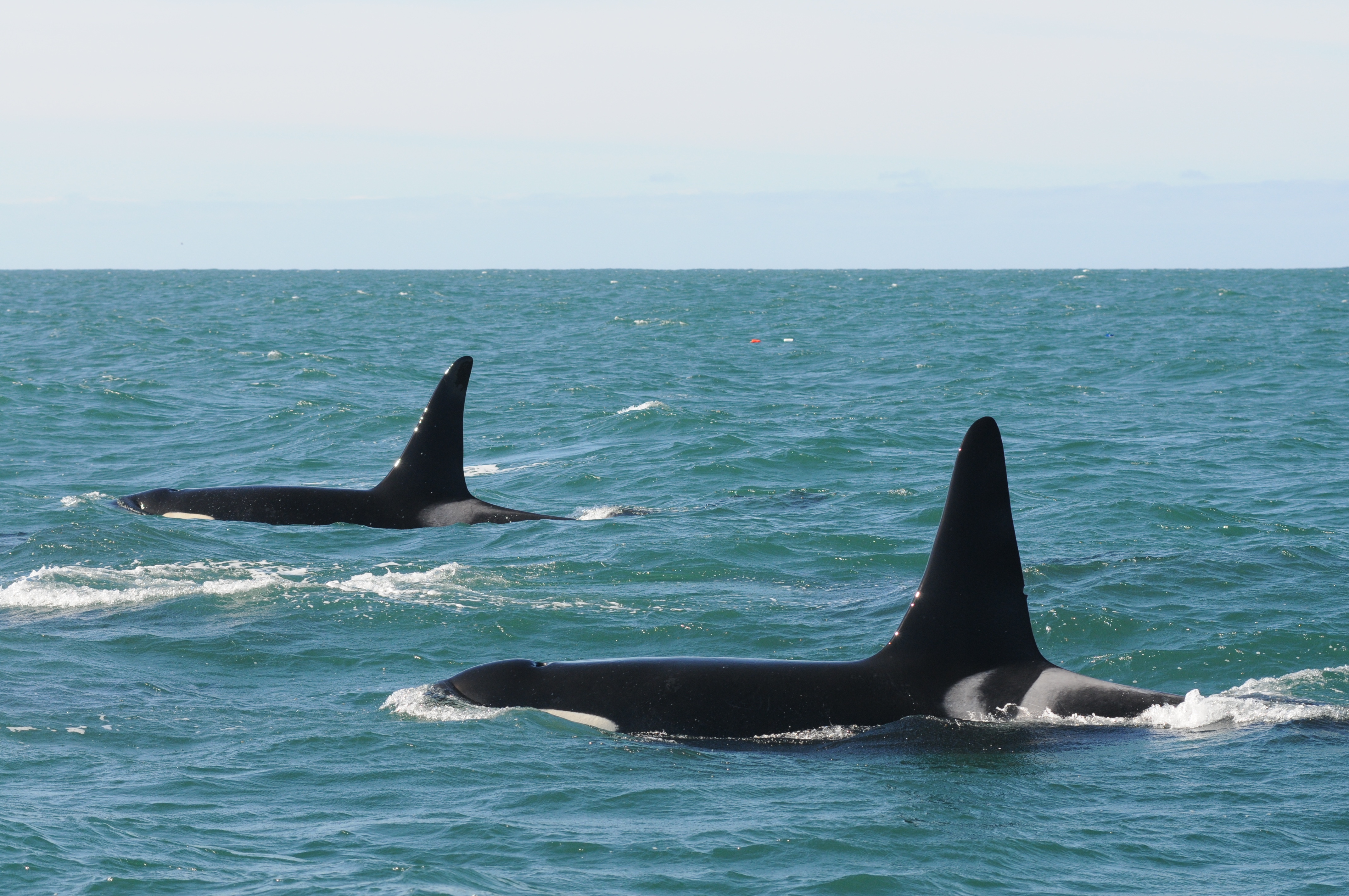 Sometimes, female Northern Elephant Seals haul out on the shores in the area. They stay beached for up to a month, undergoing a catastrophic moult. Although they may look sick, they’re not. Moulting is a natural process when Northern Elephant Seals shed their fur and top layer of skin. During the moult, the seal spends most of its time on land and doesn’t eat. It is extremely important to keep your distance. To protect wildlife, pets are not permitted in the national historic sites.

The waters off Fort Rodd Hill and Fisgard Lighthouse National Historic Sites are part of the critical habitat of the endangered Southern Resident Killer Whale. Parks Canada is collaborating with other groups to support the recovery of Southern Resident Killer Whales, through law enforcement, education programs and science and monitoring. These groups include Indigenous partners, academia, other federal departments and non-government organizations.

In the summer months, heritage presenters offer activities where visitors can learn about the historic buildings and the marine environment.

The Whale Trail aims to help species at risk in the ocean. While you’re at Fort Rodd Hill and Fisgard Lighthouse National Historic Sites visit the Garry Oak Learning Meadow, one of the rarest land ecosystems in Canada.

Parks Canada has installed red chairs across the system of national historic sites, national parks and national marine conservation areas for your enjoyment. Take a photo and share it with us! Hopefully, you spot some amazing marine wildlife from the red chairs.

Visitor safety is a top priority for Parks Canada. Visitors to Fort Rodd Hill and Fisgard Lighthouse National Historic Sites are advised to always use caution when accessing any beach or rocky outcrops overlooking the water. Plan your activities according to tides and observe beach conditions closely. Please obey guidelines and stay on designated trails. Learn more about coastal safety by visiting CoastSmart.ca.