When we picked December 1st as the day to Welcome the Orcas, we had no idea that we would actually have orcas to welcome! On Friday November 30th we got word that K pod was in the Sound, resting near Three Tree Point. They traveled slowly north, giving us plenty of time to gather binoculars and head to Alki, where we waited at Charles Richey Sr. Viewpoint south of the Lighthouse. 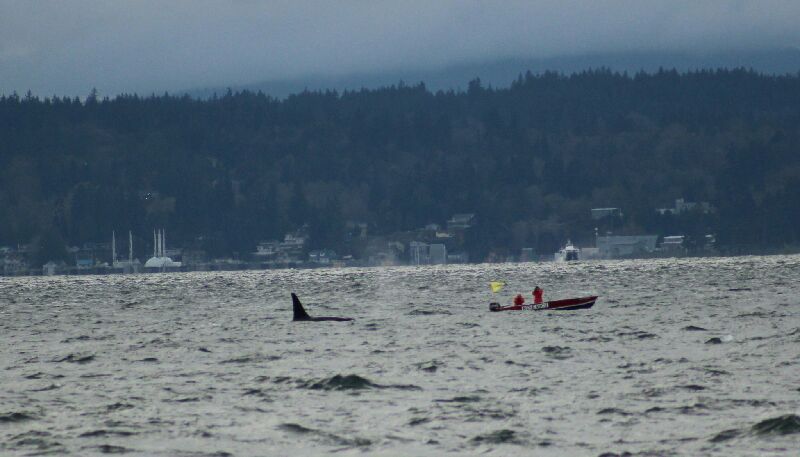 It wasn’t too long before we spotted their blows. The water was choppy but the light was good. Crowds gathered as we passed out binoculars and made sure everyone could see. The whales traveled slowly past, closer to our side of the Sound. Local researchers Mark and Maya Sears were with them, getting photo-IDs and collecting prey samples. 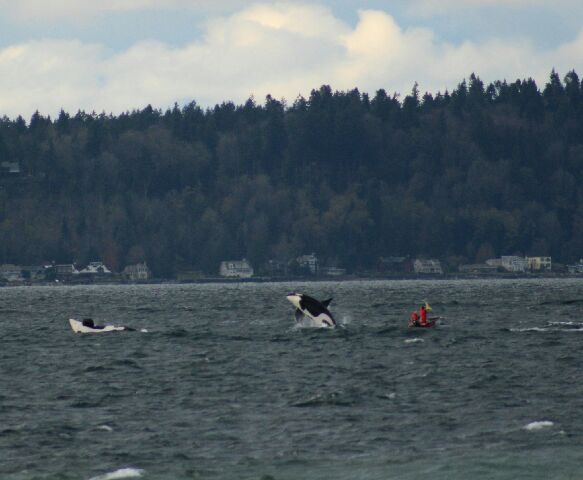 When the whales rounded Alki, one of them breached – and then they all started breaching! I have never seen so many whales breaching at the same time. 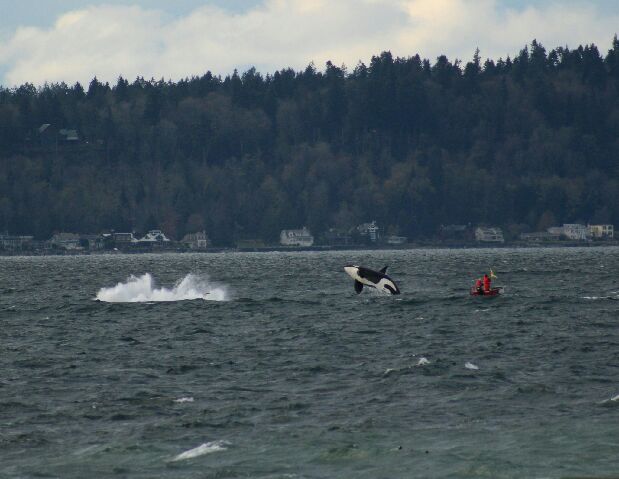 One after the other they leaped up and then fell back with a huge splash. It was like watching a fireworks show. All along the beach we were shouting, hardly believing what we were seeing and how long it went on for.

We moved around to the other side of Alki, looking north. The whales had split into different groups, traveling along the Bainbridge shoreline. We kept watching until they disappeared on the horizon, still heading north.

We were thrilled the whales had come back on the eve of our event. We had a full program planned to Welcome the Orcas, including face painting, Orca Bingo, and an orca parade at noon. Would K Pod stick around? Stay tuned for the rest of the story!

Read more about Friday’s visit in the Seattle Times: Puget Sound’s orcas are back in town, thrilling onlookers at Alki.