Join us for this rare Seattle appearance by internationally-renowned author and marine conservationist Erich Hoyt to celebrate the newly released 5th edition of his classic book, Orca the Whale Called Killer and to learn how his efforts to protect marine mammal habitats worldwide might support the conservation of orcas in the North Pacific, including the endangered southern resident orcas. 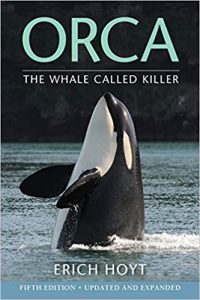 This is one of three stops on Orca Tour 2019. Other talks will be held in Friday Harbor 9/24 co-presented by the Whale Museum, and Saturna Island 9/28 co-presented by Saturn Island Marine Research and Education Society (SIMRES). Erich’s Seattle talk is sponsored by Sound Community Bank, Orca Running, and Dr. Pete Schroeder DVM. 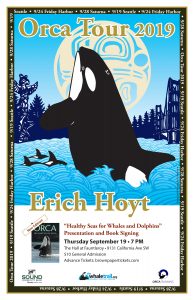