We recently gathered in Telegraph Cove to celebrate the 20th anniversary of Springer’s rescue. The trip got off to an auspicious start when we saw humpbacks from the deck of the Black Ball ferry, as we made the crossing from Port Angeles to Victoria. It got even better when we learned that Springer and her calves had returned to Johnstone Strait that night for the first time this summer, just in time for her party. She’s always had a great sense of timing! 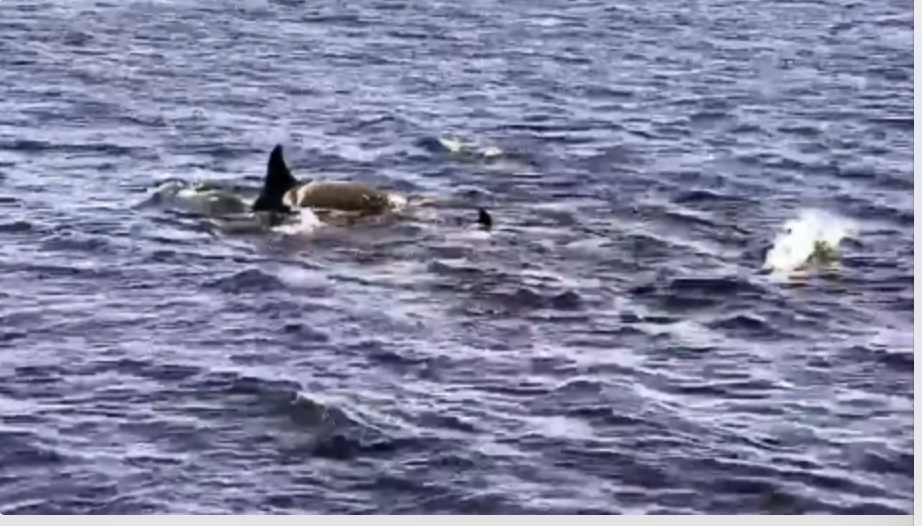 Springer at the rubbing beaches, July 2022
(Screen capture from Explore.org/OrcaLab)

Saturday we shared Springer’s story with a full house at the Whale Interpretive Centre (WIC). Lynne Barre (NOAA Fisheries), John Ford (Fisheries and Oceans Canada) and I took turns narrating, followed by Q&A with the whole team. We stood under the watchful gaze of whale skeletons, and in front of a display of northern resident matrilines (family trees), where Springer and her calves have a branch all their own. 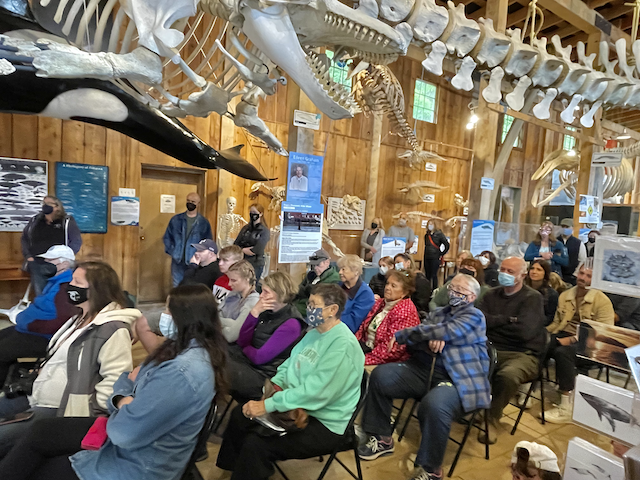 Watching whales with whales at the WIC

We’ve been hosting reunions like this every five years since Springer went home. It’s always a great chance to reminisce, and share insights about a story that has grown only better over time. As much as we are looking back, though, we are also looking ahead. Our goal is not just to celebrate Springer’s success, but to learn from it, and meet the challenges facing orcas and oceans today with the same courage, urgency and resolve.

Fifty years ago, people were capturing orcas along this coast, separating calves from their mothers and selling whole pods outright. Springer’s great-grandmother, A10, was shot and killed at the rubbing beaches likely by someone who saw them as completion for fish. Twenty-five years later, two nations and hundreds of organizations, companies and individuals worked together to return a single orca to her pod – a measure of how much we learned about orcas in that time, and how our attitudes have changed. Springer and her calves are living proof that people can change, and learn from our mistakes.

My experience as a community organizer on the Springer project inspired me to found The Whale Trail, as a way to build awareness about the endangered southern resident orcas throughout their range, and to connect people to marine mammals and their ocean home along the west coast.  Nearly fifteen years later The Whale Trail stretches from Dana Point CA to Prince Rupert BC, and is a model for similar efforts around the globe. A great story goes on! And now there is a book that tells the story too. 🙂

Thanks to everyone who participated in the reunion, to the WIC for hosting us, and to Ken Weiner for the photos. See you on The Whale Trail!