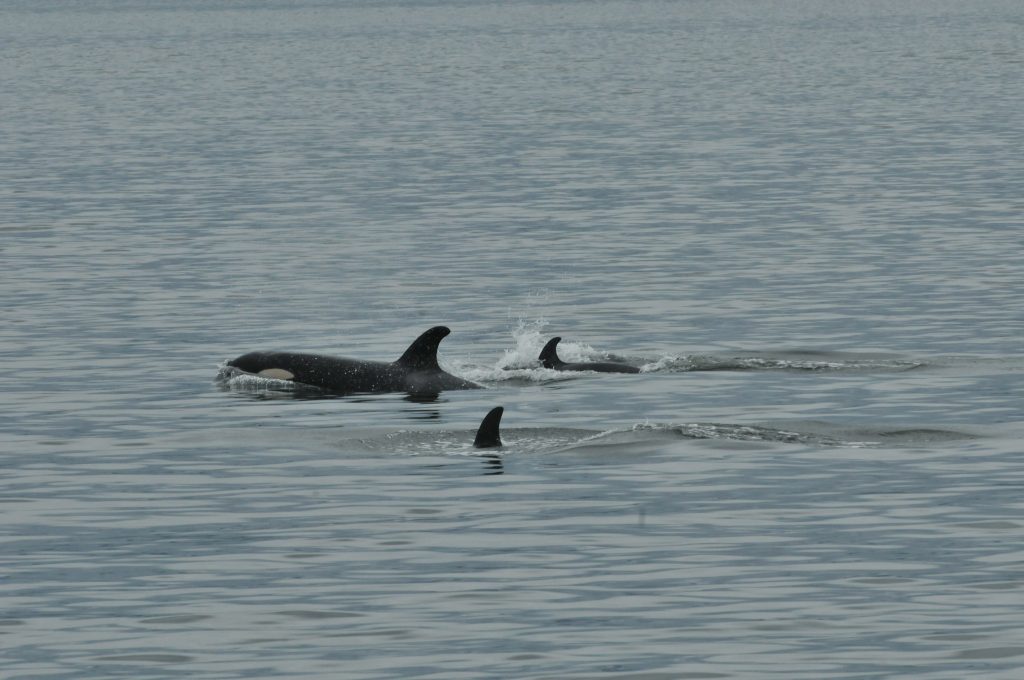 Springer and her calves Spirit and Storm. (Photo by Caitlin Birdsall 2017)

A year after grieving orca Tahlequah showed the world how tightly bonded orcas are to their families, the Whale Sanctuary is proposing to build a net pen in Puget Sound to capture, treat and house southern resident orcas temporarily or even permanently. They also propose to house orcas “retired” from aquariums. The California-based nonprofit organization is hosting public meetings at five locations in Washington over the next two weeks to discuss its plans.

I was a citizen organizer on the effort to return Springer, an orphaned orca, from Seattle where she was stranded, to her family on the north end of Vancouver Island. We supported direct intervention with Springer because it was the only way she could be returned to her pod.

Separating an orca from its family is an entirely different story. Especially these pods, who suffered so mightily during the captures of the 60s and 70s and have that in their cultural memory.  (The southern residents avoided Penn Cove for decades after the captures there.)

With Springer, we lived with the risk that if she been found to have a disease that could not be treated, she would not be returned to the wild, and would likely have been sent to an aquarium. We endured that risk because it was the only way she could go home.

Today Springer is thriving, tending her two calves. It’s the only successful orca rehabilitation and reunion in history. Everything we all did worked.  And we got very, very lucky.

The same risk exists for any whale or dolphin taken into human care. Once the decision to intervene is made, the die is cast. There must be a very high bar to warrant such drastic measures. Is there anything that justifies taking an orca from its family? I don’t think so.

It’s not too late to save the southern residents, yet. New laws and initiatives to protect the whales are in place or underway on both sides of the border.

Let’s at least give habitat-level solutions a chance to work before we go any further down this treacherous and ill-fated path.